Members of the Huron Heights Warriors junior football squad knew they would be squaring off against a formidable opponent this past Friday.

But the Warriors also knew they would put up a respectable battle in their Homecoming contest against Markham’s Bill Crothers Colts.

As it turned out, the Colts eked out a 9-7 victory. For the Warriors, who are now sporting a 4-1 record, it was their first loss of the 2022 season.

Prior to the game word surfaced that the Colts thought the encounter versus the Warriors would be a mismatch and that they could possibly win by 40 points.

“That was the feeling from the Crothers team,” said Pat Placko, who shares the Huron Heights coaching duties with Jonathan Stathopulos. “We had beaten Nelson (from Burlington) by one point this year. They ended up beating them 55-14. So, their thinking was they could beat us by 40 points.”

As the final score indicated, the match could have gone either way. And with any bit of luck, or if the Warriors didn’t have their share of quarterbacking injury woes, they could have been the ones celebrating at the end.

“Our expectation was that we were going to be able to play with them,” Placko said. “It was going to be a grind-it-out game. And it was.”

Huron Heights, however, didn’t get some favourable bounces. A field-goal attempt by Marco Leigghio from about 30 yards away in the third quarter, ended up hitting the left goal post.

Thus, the Warriors did not only miss out on three points, they also didn’t even pick up a possible single point.

Huron Heights came rather close to tying the match in the dying moments of the game. Trailing 9-1, the Warriors scored their only TD of the match when defensive end Steven Buckeridge recovered a fumble deep in the Colts’ zone and took it in for a major.

The Warriors’ two-point convert attempt, which would have tied the contest, was unsuccessful.

“I was pretty devastated after we lost,” said Huron Heights’ middle linebacker Alex Sourtzis. “We came so close.”

Sourtzis, a team captain, was pressed into some additional action during the game when the Warriors ran into some QB problems.

Huron Heights’ Number 1 pivot Lucas Mihelic left the match with a knee injury. The Warriors then turned the QB duties over to Darcy Winsor but a hand injury limited his time at the position to just one drive.

Sourtzis then became the third Huron Heights player to take some snaps in the game.

The Warriors will have an opportunity to avenge their setback as they will square off against the Colts again on Nov. 4.

“We’re really confident,” Sourtzis said. “I think we can beat them next time.”

Huron Heights’ next game is this Friday, Oct. 21, on the road against Brantford Collegiate Institute. The opening kickoff is set for 12:30 p.m.

“It’s a team we should beat if we come to play,” Placko said. 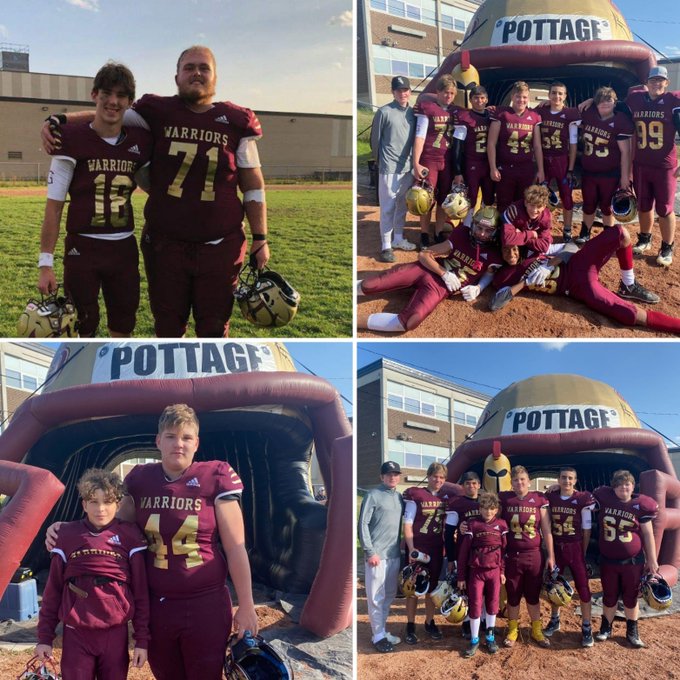