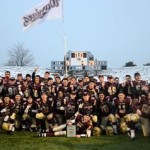 Warriors beat Central Catholic Crusaders (CFC#6) 29-9 to win back to back OFSAA championships. 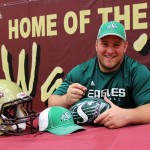 Message from the Watman Family:

The entire Watman clan (family & friends) are out at the Grey Cup this weekend. At a big dinner Friday night Conservative MP Peter Van Loan showed up and wanted to meet Corey. He bragged on Corey and spoke highly of Huron Heights’ football program and all the success we’ve had! The President of the Roughriders also came by and joined in. 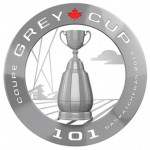 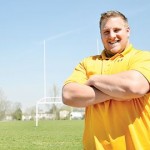 In his rookie CFL season, former Huron Heights Warrior Corey Watman is at the Grey Cup in Saskatchewan. Read the full story here. 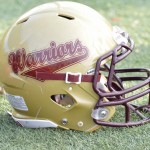 Although it is believed high school sports dominance is cyclical, it is worrisome that the Huron Heights Warriors football program is on the verge of outgrowing the York Region Athletic Association. This is not an encouraging statement even for the Warriors themselves, and certainly one worth pondering for its potential impact on football in high schools fielding teams…