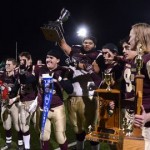 Check out the following news item: 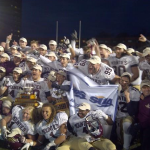 Jamie Holobow, Warriors class of 2010, played a critical role in the success of last weekend’s 20-17 Mount Allison victory over the Saint Mary’s Huskies in the 2013 Subway AUS Loney Bowl, the 2013 CIS Uteck Bowl is now set to be held this Saturday, Nov. 16 at the home field of the AUS champion Mounties. 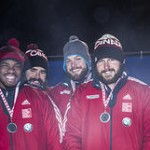 Giving everyone a look at what being a Canadian National Team Bobsledder is all about! Learn about the sport, the culture, the tracks, everything involved.

The Warriors Football Booster Club is assisting in an online auction raising funds for Blake Ward and his family. Blake Ward is a young 9 year old boy living in Georgina. Blake suffers from hypo plastic left heart syndrome and plastic bronchitis. He spends most of his time at Sick Kids. His family needs all our help.

The WFBC has donated a Fan Pak to the on line auction. With the YRAA finals just a week away and then the Bowl, why not help out by bidding on a Warrior Fan Pak. Just a thought!

We can not change the world – but we can change theirs.

Athlete of the Week: Kaleb Scott

Huron Heights Warriors’ quarterback Kaleb Scott, 17, has been playing football since the age of 6. He says it’s all about keeping a positive attitude and encouraging everyone on his team.