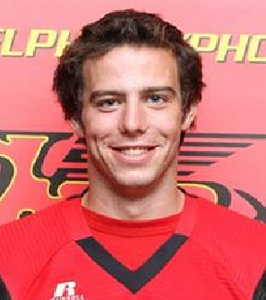 Coach Dunjko is a Huron grad and a member of the Class of 2008. Coach Dunjko attended and played at the University of Guelph where he was named an OUA All-Star in 2011 and again in 2012. Coach Dunjko was a 1000 yard rusher for the Warriors back in 2007 and was arguably the 2007 Metro Bowl MVP. Coach Dunjko rushed for 121 yards on 11 carries and made 8 tackles with 2 for losses. After a summer of playing Pro Football in Europe we are excited to have Coach Dunjko back in the mix.