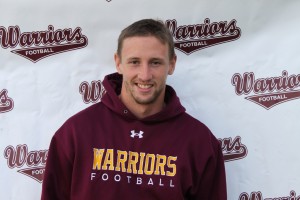 Coach Scott is a Huron Heights Football Alumni (Class of 2008), playing Defensive Back and Quarterback from 2002-2006. During his playing days at Huron Coach Scott made 2 trips to the Metro Bowl in 2005 and again in 2007. After graduating from Huron Coach Scott went onto to play at McMaster University. The Scott Family has strong ties to Huron Football with 2 boys already through the program (Josh & MacKenzie), current starting Sr. QB Kaleb and 2 younger brothers on the way. Coach Scott is expecting this year’s defense to pick up right where they left off last November.